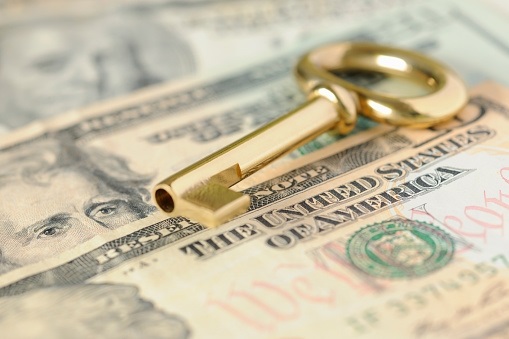 THE 3 DIMENSIONS OF WEALTH - FINANCIAL

The skillful blending of the three dimensions of your wealth - Financial, Personal and Social allows you to build a legacy of your values, influence, and money so you can truly make a difference in the world.

Take a moment to think about the five most significant events in your life and a few things immediately pop into your mind. For me, it was my wedding day and the births of our two daughters. People rarely site money or financial events in the top five, so when I talk about wealth and the planning related to it, I refer to three dimensions- financial, personal and social.

The financial dimension consists of your net worth, money and investments, income and expenses. If wealth consisted only of the financial dimension, then wealth planning would simply be a series of business decisions to review and adjust periodically. I find that 99% of financial plans people bring to me for a second opinion stop right there. And that creates a problem.

A friend and colleague of mine who teaches continuing education for financial, legal and estate planning professionals asked them how many of the plans they present actually get implemented. Most said only 2 out of 10. He then asked “Why do you think that is?” Their answers varied, ranging from complacency, procrastination and being afraid of dying to being afraid of doing the wrong thing.

I disagree. The problem is that most financial and estate plans address only the financial dimension of wealth. If we merely look at the numbers, it’s just not that exciting. Although some have a fascination with numbers, I find most people think that’s not a lot to motivate anyone to act.

3 Dimensions of Wealth - Personal
Look beyond the financial

Moving beyond the financial and into the personal dimension of wealth, ask yourself “What is important about money to me?”  When I ask my clients, their answers initially tend to be safety, security and financial independence.  Most answers fall into two categories - dreams and lifeprints.

Have you ever thought; “If only I had more money I would…”
I find that most people have the capacity to fulfill their dreams, but haven’t given themselves the freedom or permission.  Isn’t it a pity to have the ability to accomplish your dreams but never try?  Oliver Wendell Holmes said it’s like “going to your grave with the music still in you.”

Lifeprints, similar to fingerprints, are the unique marks or legacies you build during your life and leave behind as a sign of your life on earth.  Typically, lifeprints affect people, causes or institutions. My business partner Scott and I feel very strongly about this and our mission statement reflects it. Our core values led us to adopt the Connecticut Children’s Medical Center as one of our charities of choice and it’s one of our Lifeprints.

The third or social dimension of wealth is where you make a choice on how you will benefit society. Suppose I gave you $1 million that you couldn’t keep, give to family or friends - you could only choose to give it to the IRS or charity, which would you give it to?  Where would it have the greatest impact?

Charity is the easy answer.  You have a choice, charity or the IRS. What’s puzzling is that while people have the opportunity to execute financial and estate planning that eliminates the federal government from receiving their wealth, most choose not to.  According to the Center on Philanthropy at Indiana University about 67% of households in the United States give to charity each year. However, only 8% report leaving a charitable bequest in their wills and therefore end up giving more to the government than to charity.

Webster’s Dictionary defines a philanthropist as “a benevolent supporter of human beings and human welfare.”  Typically we think of philanthropists as the mega-wealthy - Bill Gates, Warren Buffett, the Carnegie or Rockefeller families. A taxpayer is defined as “Someone who gives up one fifth of their capital gains or one half of their family wealth to support the general welfare of our country.”  The United States tax code makes all of us philanthropists. Choose to do nothing and let federal income and estate taxes make the decision for you or plan how you want your social wealth to be spent.

There is a general misconception about where charitable giving comes from within your wealth picture.  For example there are two parts: Social Capital and Financial Capital. You may think Social Capital is the amount paid to the IRS and Financial Capital is what passes to heirs.  If a charity suggests that you make a current gift or planned gift to benefit them, you may picture that gift coming from your Financial Capital and reducing the amount for your heirs.  As a result, you don’t take action and don’t include charity in your planning. Charity doesn’t have to reduce your family’s share of wealth. The Social Capital portion can be redirected to charity, disinheriting the IRS. Amazingly, you can use this technique to potentially increase your income, leave more for your heirs and give more to charity.

The skillful blending of the three dimensions of your wealth - Financial, Personal and Social allows you to build a legacy of your values, influence, and money so you can truly make a difference in the world.